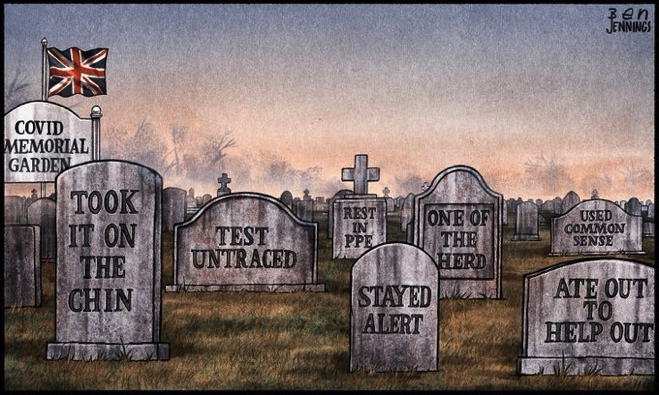 Greetings to all our members in 2021. The first month of 2021 has been disastrous for the health of Europeans and for health globally. I wrote before Christmas warning we would pay for Christmas COVID fun. I wrote before the new variant B.1.1.1.7, ‘Kent’ or ‘British variant’ became known to the world. January has seen the arrival of the unwanted Christmas present most public health experts predicted.

Prime minister Johnson is very sorry. Head of National Health Protection elect Dido Harding says ‘mutations couldn’t have been predicted’. Transport Minister Grant Shapps says ‘we are an island and can’t close our borders like Australia’. Portugal has seen an explosive tragedy unfold with the Kent variant accounting for an accelerating number of cases, hospitalisations and deaths with intensive care units overwhelmed. The death and disease toll in Czechia remains high. Countries which had done well in the early stages of the pandemic have taken their eye off the ball – Slovakia, Slovenia, Bulgaria and Ireland have all seen marked second waves, as shown in the figure. All of Europe has paid for its Christmas relaxations – the virus parties on… 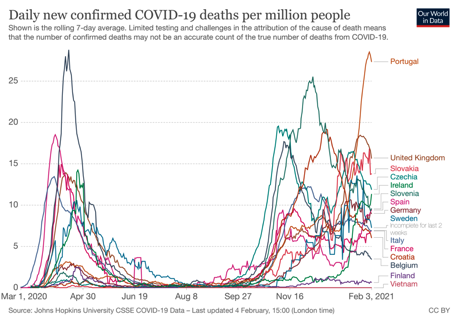 Cumulative deaths show Belgium and Slovenia ahead of the UK. Other European countries are catching up in this unwelcome race in the second phase of the pandemic. But there are differences in the recording of COVID as a cause of death. The picture is one of an extreme and continuing tragedy, written large across Europe. Our governments have individually and collectively failed. 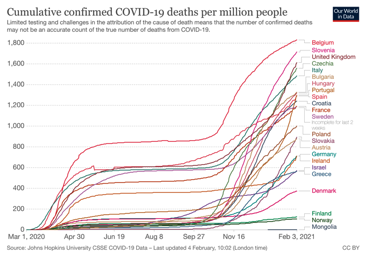 More evidence from Manaus, Brazil has shown us what an unmitigated outbreak of COVID-19 does ­– very high levels of infection have now provided the conditions for a new strain of virus to emerge. The prospects for herd immunity are dead and buried alongside so many victims.

On January 25th, Oxfam launched its Inequality Virus report  demonstrating how the world’s richest men have profited by the pandemic. They have earned enough extra to pay for a COVID jab for every citizen of the planet. Jeff Bezos of Amazon has had a windfall from which every Amazon employee could have had a $105k bonus. Any wonder that Wealth taxes are being proposed around the globe to pay for the pandemic and its long-term miseries.

But the New Year has brought also optimism – vaccination programmes have started to roll out. It took a year to reach 100 million confirmed cases worldwide. It's taken six weeks to give out 100 million doses of the vaccine. 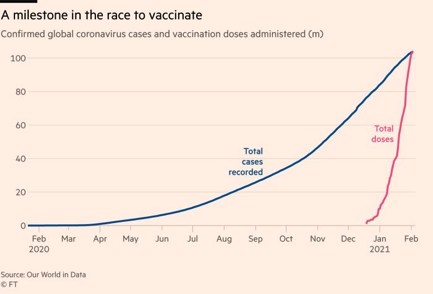 For some, the optimism means pushing a lightening of lockdown restrictions. The virus though persists at high levels. There is no end to the need for non-pharmaceutical measures, including masks yet. And as our efforts to control the virus step up, so the virus changes its lines of attack – new variants, some of which will be vaccine resistant; new age groups to attack. As fast as our optimism grows, so a new challenge arises. New children’s ICU facilities needed in Israel now, alongside news of reducing infection rates in older people. 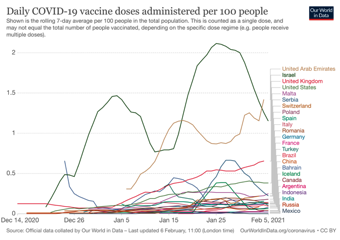 Israel leads the charge to vaccinate its citizens, followed some distance behind by the UAE and the UK (Figure 4). The wealthiest countries in the World, with 16% of the World’s population, hold over 65% of current vaccine supplies – the largest hoarders being Canada, UK, and EU. 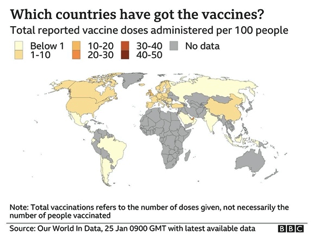 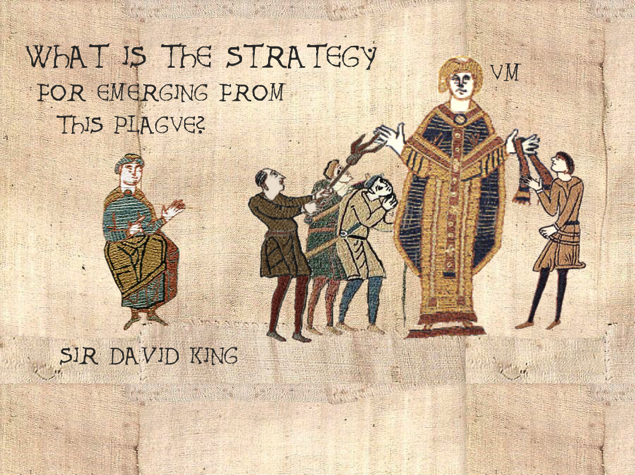 Ugly and dangerous spats have arisen between the EU, vaccine makers and the UK. These have served no-one – except Mr SARS-CoV-2. The WHO Secretary General has called for a global effort for vaccination. It is not just about fairness – it is about preventing new virus mutations arising that will condemn us to perpetual COVID. ASPHER has joined this call. It is clear we need a new global effort and strategy on vaccines – not just donations of money and occasional crumbs from the table. But this is not the whole picture. There remains no substitute for the pursuit of a COVID elimination strategy. This month the Global, ICAN Treaty outlawing nuclear weapons came into force. This is a great example of the need and commitment of countries to work together to make the world safer. We need renewed global vision to address the pandemic. We will not be free of the virus until we are all free.