TIPH GLOBAL GRANTS - call for applications
22 Nov 2022
Applications are open for the 2023 TIPH Global Grants. All ASPHER Members are eligible to apply through the Global Network for Academic Public Health (GNAPH).  The GNAPH, with the support of Dr. Richard and Mrs. Linda Riegelman, is...
more...
ASPHER 2022 AWARD WINNERS
18 Nov 2022
We are pleased to congratulate all the 2022 ASPHER award recipients! We will present and celebrate the awards during the Retreat in Sofia, with additional recognition at EPH in Berlin. Andrija Štampar Medal Laurent CHAMBAUD, immediate...
more...
November 2022 ASPHER Newsletter
9 Nov 2022
Download the November 2022 ASPHER Newsletter here. It has been a busy Autumn packed with travel as it seems everyone is trying to make up for lost time over these past pandemic years. We are bringing out a ‘slightly’ slimmer newsletter...
more... 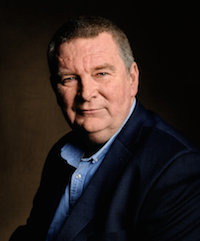 The Andrija Štampar medallist of 2021 has been chosen! Thank you very much to all ASPHER members for submitting your nominations. After a thorough discussion, the ASPHER Executive Board has decided to award this year's medal to Michael Ryan in recognition of the outstanding accomplishments during his career.

Dr Mike Ryan has been at the forefront of managing acute risks to global health for nearly 25 years. He served as Assistant Director-General for Emergency Preparedness and Response in WHO's Health Emergencies Programme from 2017 to 2019.

Dr Ryan first joined WHO in 1996, with the newly established unit to respond to emerging and epidemic disease threats. He has worked in conflict affected countries and led many responses to high impact epidemics. He is a founding member of the Global Outbreak Alert and Response Network (GOARN), which has aided the response to hundreds of disease outbreaks around the world. He served as Coordinator of Epidemic Response (2000-2003), Operational Coordinator of WHO’s response to the SARS outbreak (2003), and as WHO’s Director of Global Alert and Response (2005-2011),

He completed medical training at the National University of Ireland, Galway, a Master’s in Public Health at University College Dublin, and specialist training in communicable disease control at the Health Protection Agency in London and the European Programme for Intervention Epidemiology Training.

About the Andrija Štampar Medal

Each year ASPHER awards the prestigious Andrija Štampar Medal to a distinguished person for excellence in the field of Public Health.

Doctor Andrija Štampar was born in the Croatian countryside 100 years ago. His parents were schoolteachers and moved around the country a lot. This gave him many opportunities to observe the daily life of the people. He qualified in medicine in Graz during the period of the Habsburg Empire. There was no medical school in Croatia at that time. In the 1920s he worked in a senior position in the newly created Ministry of Health in Belgrade. Apparently at this time he was very outspoken about what needed to be done.

In the period 1927-28, he founded the School of Public Health in Zagreb, with a grant from the Rockefeller Foundation. From this base, he began to develop the public health system for the whole of Yugoslavia. As a result of these successful activities he was invited by the King to take up the cabinet post of Minister of the Interior. He accepted subject to certain conditions, which the King did not accept. Subsequently he went to China as an official of the League of Nations, and set up a fledgling public health system under its auspices.

He spent the period of the Second World War in prison, but in 1945 was appointed as Professor of Social Medicine in Zagreb. He also served as Dean of the Medical School and as President of the Academy of Arts and Sciences of Croatia. In 1946 he was president of the Interim Committee of WHO, charged with setting up its structures and constitution. It also drew up the famous definition of health. Professor Štampar was chairman of the first WHO General Assembly in 1948.