Greetings to all our ASPHER members, colleagues and partners, as we go into the summer months for Europeans, full of the promise of ‘freedom’ and the end of the pandemic… It comes only a bit more than a year after the Prague Charles Bridge “end of pandemic” party’, and the English prime minister’s ‘Magic Monday’ announcement of the end of lockdown. I am sure there will be many more examples of political leadership failures across our region, where political and economic expedience has trumped public health science, and the protection of the people we serve. 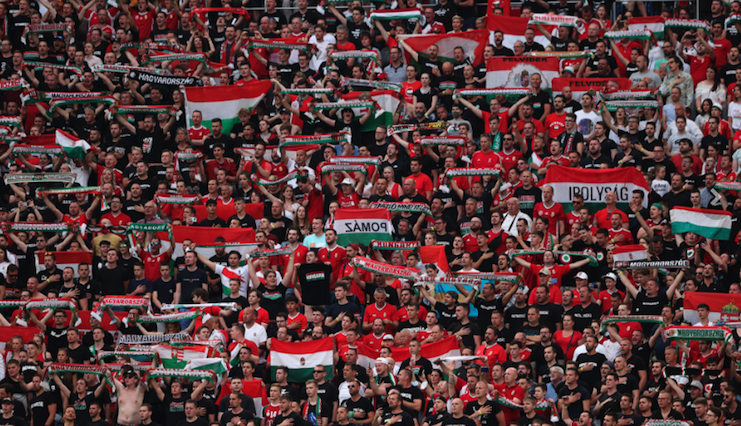 At the time I write, we are all, I am sure, enjoying the sheer drama and passion of the beautiful game played out in the Euro2020 tournament in ten venues across the UEFA/WHO European Region. The spectacle grips us. Some political leaders fear there will be a reckoning in the failure of realism about running the event with such large numbers in the stadia across Europe. Europe braces itself for a surge of delta variant. Restricting mass gatherings is one of the central requirements from WHO guidance from early in the pandemic. Failure to control and stop mass gathering is a major reason why this pandemic is continuing and will be allowed to regroup and grow.

The UK government has just published the results of its Events Research Programme pilot programme. This programme ran from April 17th to May 15th 2021 and covered events such as the World Snooker championship and the FA CUP final. The results are encouraging – with only 28 outbreaks identified from events covering nearly 60000 people. Until you learn that loss-to-follow up LFT tests was 85%. The results of this study, widely trumpeted by the UK government will struggle to get peer review publishable status. 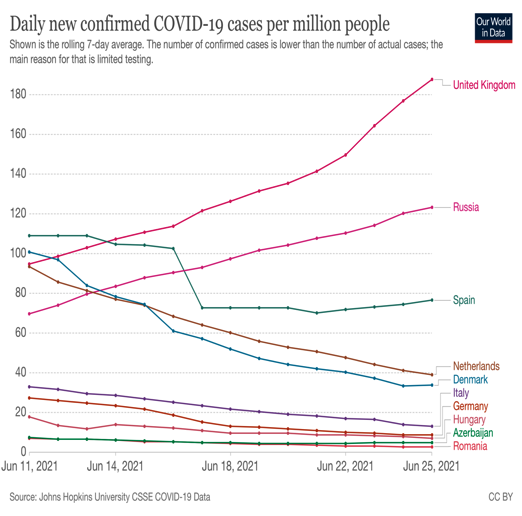 This is a problem, not of the intelligence or integrity of the scientists involved, but rather, a failure to acknowledge the difficulty in undertaking such a study, and in expecting and seeing people in mass gatherings behave as the ‘rules’ require, under controlled conditions. In the UK case, science has been suckered into tokenism and collusion, offering conclusions that could have been reached without a study. The public has been persuaded that the scientists are able to control what is going on and provide, not just reassurance, but protection. And the UK is not alone... apparently, German ‘rules’ required football fans in the München stadium to stay in their seats, and not shout…. So, we must monitor the experience of our EURO2020 venues… Here are the countries in which the tournament plays out… Which country would you play the final in (Figure 1, above)? 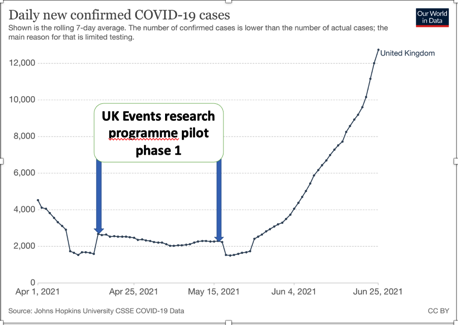 The UK study took place in a period of very low incidence of COVID-19 in the UK (Figure 2, left). The Delta variant, already established in the period of the study, exploded soon after…

We are concerned about this mass unnatural experiment about whether we can get away with mixing millions of people across Europe. The ASPHER COVID-19 Task Force is formulating our 3rd wave statement. We also continue to have concerns about arbitrary, expedient and unilateral decisions taken by individual countries about border controls, social distancing and other protective measures. This failure still, to understand the international nature of this pandemic risks further waves and variants and vaccine resistance. European countries are reaching ever higher levels of vaccine coverage but becoming complacent about the continuing need for physical distancing and other protective measures, as did the Americans. 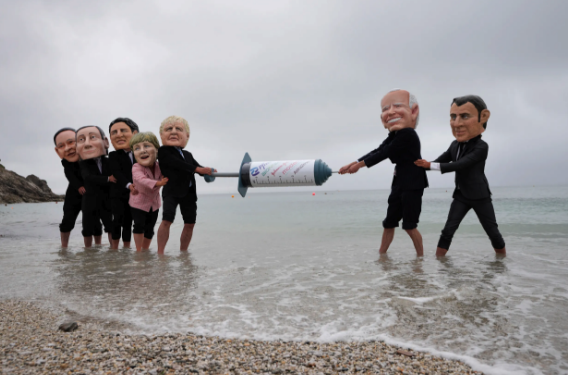 The rise of cases in Africa should now be a major cause for concern. However, at the Carbis Bay G7 meeting, our global leaders failed to offer the world real hope and commitment in the fight against the pandemic ­– the ‘no-one is safe till we are all safe’ is now a hollow cliché. G7 committed only to 2 billion doses of vaccine in 2021 – a commitment already made to COVAX in January 2021. Dr Tedros Adnahom Gebreyesus, WHO Director General in a tweet after the summit, called for 11 billion doses to be supplied by the time of next year’s G7: "The COVID19 virus is moving faster than the global distribution of vaccines. To end the pandemic, our shared goal must be to vaccinate at least 70% of the world’s population by the time the G7 meets again in Germany next year. To do that, we need 11 billion doses". 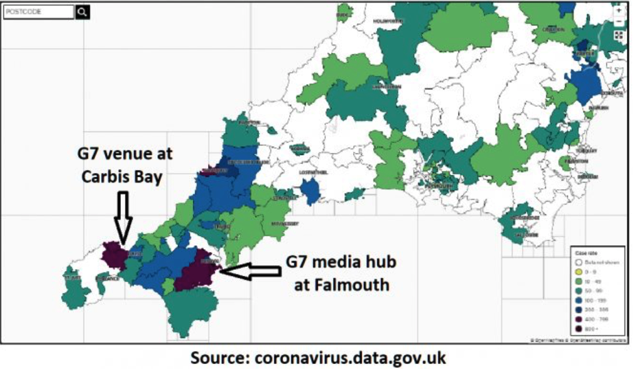 The other legacy of the G7 meeting now appears to be the super-spreading event some predicted. In addition to the mass gathering, this highlights the multiple routes of infection possible – through transport, hospitality and the media circus. Senior BBC presenter Andrew Marr the most visible victim, despite double vaccination.

Nevertheless there are some fine words on paper from recent weeks, so we must press our political leaders’ feet to the fire and ensure real commitment follows. The Carbis Bay accord has to be delivered, and more.

The Independent Panel report was published in May and offers some challenges towards better global health governance for future pandemics. It was commissioned by WHO and chaired by former New Zealand prime-minister Helen Clark and Ex-President Ellen Johnson Sirleaf of Liberia. It gives strong pointers towards better funding for WHO, a Global Council for Health threats, sitting alongside the World Health Assembly and delivery of the global vaccine programme. It calls for 21st century health data surveillance and transparency in data sharing across countries. And it confirms the need for a new Treaty on pandemic preparedness, called for earlier by 25 of the World’s leaders including President Macron and Prime-minister Johnson. At the World Health Assembly last month, there was an agreement to debate proposals for a Pandemic Treaty in a special session in November. ASPHER will be joining colleagues in the Global Network for Academic Public Health and the World Federation of Public Health Associations in developing evidence for that session. We will be arguing particularly for the need for an expansion of training and workforce capacity, for multidisciplinary training and professional standards in public health.

In other work, I have been involved in the International Culture arts and health conference. We need to harness the arts in our health promotion work; our This is Public Health campaign has given us some examples of how this can be done. There is also a role for the arts in the work we do training and developing public health professionals.

I have also been developing connections in the UK between health and criminal justice professionals – in the UK at least, it is a crime to be poor.

Finally, we held a very successful General Assembly earlier this month, reported elsewhere in the newsletter. My thanks go to Secretariat colleagues Robert Otok and Lore Leighton for their smooth administration of the event. I am particularly pleased to welcome 7 new members and 1 new associate member to ASPHER, to report a full range of activities of the COVID-19 Task Force and on ASPHER’s core business on competence and curriculum, workforce development and professionalisation. We have improved our governance and rationalised our business operations, with a good financial balance. We also celebrate the work of our young professionals, looking forward to a presence in our board and to new internships. Despite the trials of the pandemic, there is no better time to be in public health! The future is bright, the future is public health!