Anders Foldspang Retirement Address: From 60 to 120

On Friday 21 September 2018, former ASPHER President 2006-2007, Anders Foldspang celebrated his retirement from Aarhus University. ASPHER's director, Robert Otok was honored to be invited to speak at the event. The text of his address follows: 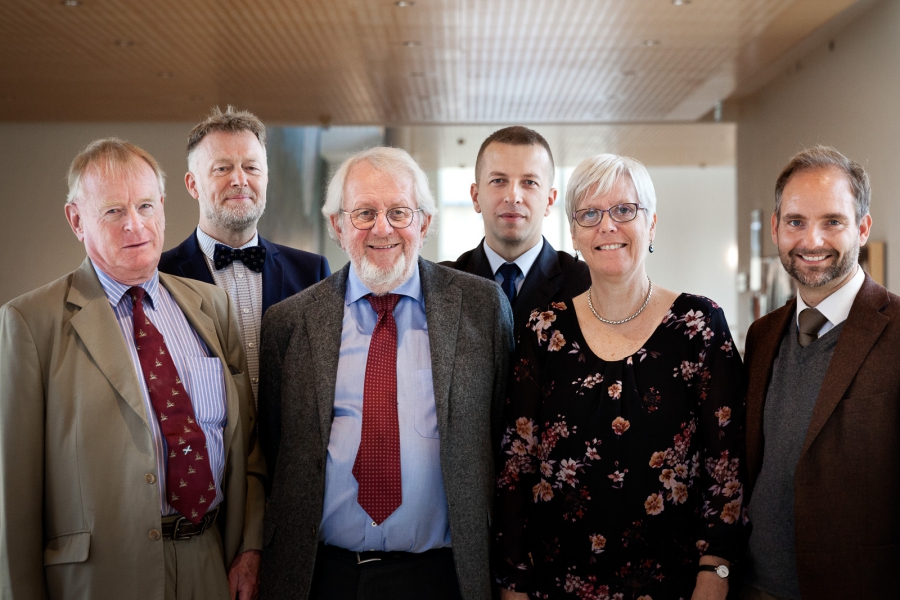 It is an honour to be here, to contribute to this symposium. Considering the occasion I am challenged to express myself from two perspectives, one more formal (speaking on ASPHER, its work and accomplishments, for which the contributions of Anders has been essential) and one more personal (conveying a very special relation and friendship) - hopefully I will manage to strike the right balance.

This address is titled "from 60 to 120" reflecting on the spectacular enlargement of the Association over the past ten years, but it would also be appropriate to add "from 30 to 40" (years of age) representing this key decade of growth in my own life that I have spent with ASPHER.

ASPHER has indeed grown to twice the size it was 10 years ago, now represented by 120 members in 44 countries in Europe. Its membership is diverse, comprised of a variety of structures: most commonly university faculties and departments, but also national schools, large autonomous structures, as well as smaller entities and various innovative formats operating within one university or linking several stuctures. In fact, if we count individual schools within the network-like structures that belong to the Association, then we can assert that ASPHER now embodies more than 150 schools. Being made up of a broad network of institutions, with their own staff, students and graduates, extends the impact of ASPHER through the schools’ infrastructure, the services they provide in training, research and societal contributions. Member schools contribute to making ASPHER an extremely powerful organisation - essential for the growth of Public Health in Europe and globally.

ASPHER is intensifying its global outreach through closer work with ASPHER-like networks in other regions such as ASPPH in America, and individual schools from outside Europe who join ASPHER as associate members. At the same time we remain in close partnership with our key European allies such as EUPHA – the European Public Health Association. 10 years ago marked the 1st joint effort between EUPHA and ASPHER in the organization of the European Public Health Conference (in Lisbon). ASPHER is also starting new collaborations, with IANPHI (the International Association of National Public Health Institutes) - linking the academia and training community with practice ­– as well as some key networks representing young public health professionals such as the European Network of Public Health Residents; both, in my view, critical for the future of public health in Europe, addressing the issue of the public health workforce development and professionalisation in the Region.

The Association continues its commitments to advance key programmes such as the European List of Core Competences for the Public Health Professional, which recently published its 5th edition, or acquiring and sustaining the Association Journal - Public Health Reviews, which serves as both a resource to members and a place to disseminate their work.

Meanwhile ASPHER looks to serve the needs of schools of public health and the public health community through new innovative projects, such as the Public Health Training Academy and furthering the WHO Europe agenda in the area of public health workforce development and professionalisation, particularly since the adoption of Health 2020 and the European Action Plan for Public Health Services and Capacities Strengthening.

Finally, the past 10 years marked successes in obtaining funds to secure ASPHER’s operations from the EU health and education programmes, as well as backing from several other funders to enable specific actions and projects

I first met Anders at my job interview 10 years ago. My appointment to ASPHER coincided with the move of the Association's office to Brussels. It was Anders who masterminded that process - he was there whenever needed, even after stepping down from his presidency at the end of 2007. His enduring commitment to ASPHER has gone above and beyond what is usual for past presidents and one could easily say that he saved the Association at that time.

Indeed, Anders and Aarhus University have been supportive of ASPHER from long before Anders was elected president, hosting the Association's conference in 2000 with a core programme on the professionalisation of public health, which remains a central objective for ASPHER to-date.

During my time at ASPHER, Anders did not miss a single Deans' Retreat or public health conference. After stepping down from his presidency, he served for years as Chair of the Association's Honours Committee, gathering together past ASPHER presidents and Andrija Stampar medalists. He left a robust and active operation to the current Chair, our good colleague Jose M Martin-Moreno - former President of ASPHER and Deputy Director of WHO Europe.

Anders took the lead in the development of numerous publications based on the Association's work, many of which I had a pleasure to assist him with; he also oversaw the editing of the 50th Anniversary book of the Association in 2016, and the earlier release - marking the 40th Anniversary in 2006, then at the time of his presidency.

He is truly the cornerstone of ASPHER - as considered by many members of the European public health community - a tireless, dedicated, loyal fixture in ASPHER and in public health in Europe.

Anders may come across as intractable at times, but it is always in service of the good of the public’s health, the public health community and ASPHER. I appreciate I can always be very direct with him and open. For me personally, he is a true mentor, leader and fantastic colleague and friend.

ASPHER is a family, with all the baggage that it brings – both pluses and minuses. Still, what I think keeps me (and I believe not only me) with ASPHER is its unique atmosphere and the people who are part of the organisation. Anders, and Aarhus University and its Public Health Department, are core members of the ASPHER family.

We must all set forth for new horizons, but ASPHER stays with us whether we are retiring or changing jobs. Dear Anders, I feel lucky we met and shared ASPHER's 40s, my 30s, and your 10 years before retirement.

Thank you, from ASPHER, and best wishes for many more anniversary books to come!