The new European Commission President’s Programme: An opportunity to improve the public’s health 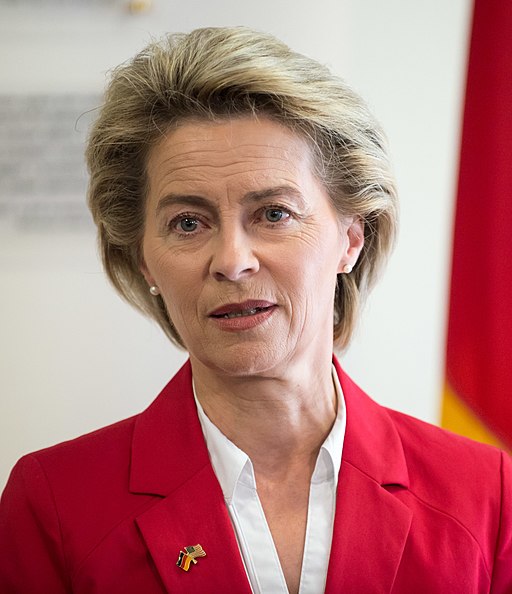 On July 16th, 2019, the European Parliament elected the new Commission President, Ursula von der Leyen. She is the first woman to be elected to the position, a doctor, with a Master’s in Public Health from Hannover Medical School. We extend our warm greetings and best wishes to her for a successful programme. The health of the people we all serve, and the health of the planet, depends on it.

The programme she sets out, ‘A union that strives for more’ is an inspirational and evidence-informed agenda that addresses major political problems, which can only be successfully tackled by countries working together. It also presents a strong programme to improve and protect the health of the public, in Europe and globally: a genuine public health programme.

The headline proposals are for a European Green Deal; an economy that works for people; a Europe fit for the digital age; protecting our European way of life; a stronger Europe in the world; a new push for European democracy.

The Green Deal provisions represent a substantial shift in ambition, stimulated in part, by young people’s climate change protests. Dr von der Leyen proposes Europe to be the first climate-neutral continent by 2050, to reduce emissions by over 50% by 2030, and to have a zero-pollution ambition, and to be a world leader on tackling plastic pollution. She aims to put forward her Green Deal proposals in her first 100 days, leading to the first European Climate Law. She proposes extending the EU Emissions Trading System to cover shipping, reduce free allowances to airlines, introduce a Carbon Border Tax and review the Energy Taxation Directive. She also proposes a new industrial strategy, majoring on the ‘circular economy and clean technology’ and will apply European Cohesion Funding towards a ‘just transition’.

A European Climate Pact will bring together regions, local communities, civil society, industry and schools, designing and committing to pledges to change behaviours ‘from the individual to the largest multinational’. Backing these pledges, will be a Sustainable Europe Investment Plan supporting a trillion Euro investment over the next decade. This will be overseen by a European Climate Bank, formed from elements of the current European Investment Bank. There are vital plans for the protection of the natural environment, and human health through a Biodiversity Strategy, sustainable food, protection of rural areas and a zero-pollution ambition.

An economy that works for people

Dr von der Leyen’s proposals for an economy that works for people, include the Marmot agenda for reducing social inequalities in health. She commits to full implementation of the European Pillar of Social Rights ensuring a fair minimum wage, improving labour conditions, a European Unemployment Benefit Reinsurance Scheme, gender equality provisions, and including work-life balance.

She highlights the ‘shame’ of almost 25 million children under 18 at risk of poverty or social exclusion and the need to break the cycle of poverty. In proposals significantly in line with Marmot recommendations, she proposes the European Social Fund plus will improve the quality and accessibility of early childhood education and care systems and turn the Youth Guarantee into a permanent instrument to fight youth unemployment. She will create a European Child Guarantee.

In her plans for gender equality, she will form a fully gender equal College of Commissioners. Significantly, she proposes applying the United Nations Sustainable Development Goals, in her annual goals in the European ‘Semester’–the annual appraisal of progress by the EU. She highlights the Council of Ministers’ blockage of the Istanbul Convention on combatting violence against women and domestic violence and seeks to address this.

Her clinical concern and interest in cancer gets a specific mention.

Europe fit for the digital age

The Commission will explore the human and ethical implications of artificial intelligence and seek to maximise benefits from 5G network technology. Dr von der Leyen is resolved to enhance preparedness and information sharing for cyber terror through a joint Cyber Protection Unit–a case of be in or be hacked? She also intends to enhance digital education and skills and triple the European Erasmus budget.

Dr von der Leyen recognises our responsibility for a preventive agenda to reduce the stimulus for migration and trafficking by tackling root economic, environmental and conflict related causes. There will be a new pact on migration, an enhanced Border and Coast Guard service with 10,000 border guards by 2025. As well, the European public prosecutor will have a stronger role in tackling cross border terrorism.

Stronger Europe in the world

The preventive agenda on migration is clear in her welcome expectation to enhance relationships with African countries. She plans for a European Union which will provide responsible global leadership and rules-based global order. The Commission will secure strong, open, fair trade. Deals with New Zealand and Australia are at an advanced stage and there will be a deal with the United States. The European Union will strive for a high standard of climate, environmental and labour protection and zero tolerance of child labour.

Dr von der Leyen seeks a stronger more united voice for Europe globally and ‘120 million Euro more investment in external action’. She also seeks a stronger and more open governance of the Commission in relation to the European Parliament.

Why do these proposals matter to the public health community?

Dr von der Leyen’s programme is coherent, pragmatic and deliverable and shows the essential need for countries to work together. She sets out an agenda which can reduce inequalities in health, and in economic and educational opportunity. Her environmental proposals identify major challenges, which need to be addressed if we are to at least achieve Paris Agreement targets and now achieve the even more strenuous and necessary global limit to a 1.5ºC temperature increase.

ASPHER member schools will need to keep a close eye on opportunities for teaching and research collaborations, supporting the environmental, social and economic ambitions. The digital education aspects may provide specific opportunities for public health schools with specialist expertise.

Public health professionals should welcome Dr von der Leyen’s agendas. She is a consummate politician with a proven track record. They also give a welcome glimpse of medical and public health insight applied to public policy. They show the possibility to develop an international political programme that has health at the heart of all policies.