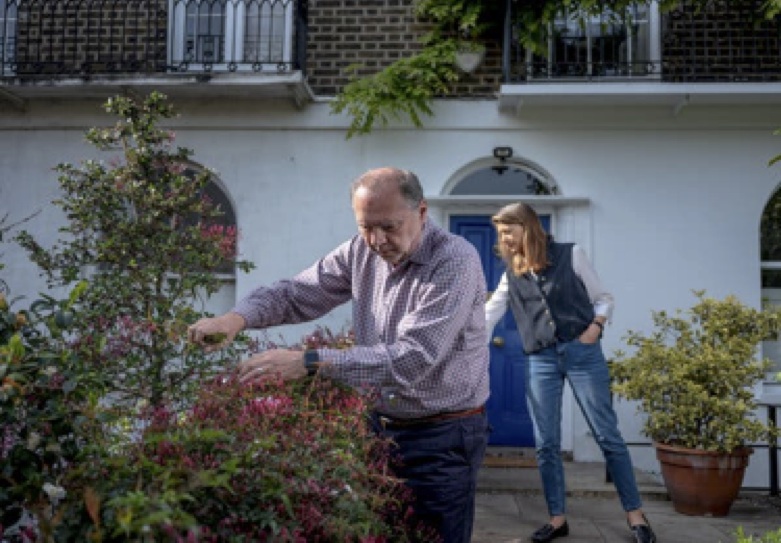 Peter Piot, Director, London School of Hygiene and Tropical Medicine became a Štampar Medalist in 2014. His Laudatio was given by Yehuda Neumark (Hebrew University of Jerusalem) and it was awarded by ASPHER President, Vesna Begovic, Belgrade.  Stampar was Chairman of the first WHO General Assembly in 1948 a most important international instrument, now strained by COVID-19. Piot was president of the International AIDS Society, and then the first director of U.N.AIDS, the United Nations’ anti-H.I.V. program.

Dr. Piot and wife, Dr. Larson an anthropologist are shown below in their front garden. Both came down with COVID; his serious, hers light.  According to a write up by Donald G. McNeil Jr, some damage from his bout with Covid-19 might remain with him for the rest of his life.

His grandfather fought in the trenches in World War I, in those poppy fields in Flanders. Dr. Piot said that the worst part was going home on leave realizing that you had to go back to the front.

ASPHER wishes its Andrija Štampar Medalist and wife Heidi well as they battle in the aftermath of a coronavirus infection that hit him “like a bus” took him into hospital and does not want to go back.

With humor: This is the revenge of the viruses, having made their lives difficult, now they’re trying to get me. With knowledge; Ventilators do save lives, but they can also do a lot of harm. Once on one, chances of surviving are the same as of surviving Ebola, about one third.

A diplomat, he was a member of a research team that named Ebola after a local river rather than the village in which it was first found.