Figure: Together we will stop this virus (Spanish government campaign)

On the 31st of December 2019, the Wuhan Municipal Health Commission in Hubei Province of China reported a cluster of 27 cases of pneumonia of unknown aetiology.  It was a report that many of us read as another piece of information in the context of news and alerts notified by the WHO. Almost no one could even imagine the tsunami was coming for most of the world. We refused the possibility that this could be threatening to affect us in our comfortable, Western world. In any case, it was something "typical of the Asian countries." And the idea that the virus could reach Europe was always counteracted with an emphatic statement: "We are well-prepared for this to have no significant impact".

On the 31st of January, the first case infected by SARS-CoV-2 in Spain was reported.  One week later, on the 7th of February, EU health ministers held a high-level meeting (by video conference) under the coordination of the Croatian Presidency of the EU.  Member States, together with representatives of the European Commission and the European Centre for Prevention and Control of Diseases (ECDC), reviewed the situation of the outbreak. With that touch of arrogance that characterises us Europeans, the conclusion was that the epidemic did not represent a real threat for us, considering that we were dealing with a problem that was primarily restricted to Asian countries.

Following the advice of the WHO, no particular restrictions and controls on air traffic were imposed.  In parallel, and to avoid stigmatisation for the city where it was first identified (Wuhan), WHO announced that the new coronavirus disease should be renamed "COVID-19". This word was a contraction of the name "coronavirus" and "disease". But perhaps the most procrastinating period followed that moment, as the WHO waited until the 11th of March 2020 to declare the outbreak a pandemic, when the community spread in different countries and continents was already more than obvious. 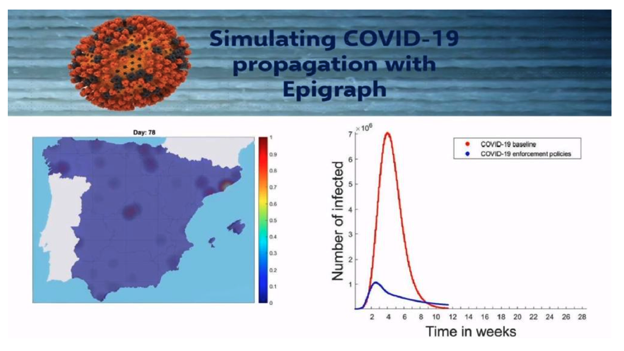 Figure: How law enforcement policies have been essential to control the situation

In Spain, after several demonstrations with large mass gatherings on Sunday the 8th of March (the impact of which has been and continues to be a source of enormous controversy), there were subsequently peaks of a thousand new cases per day. Just to illustrate the above, from 399 accumulated hospitalisations on the 10th of March, the following day the number rose to 1858 hospital admissions (1459 more in a single day). By the 13th of March, cases had been confirmed in all 50 provinces of the country. Given the overwhelming nature of the situation, an extraordinary measure was approved: the Royal Decree of the 14th of March, which declared the state of alarm, and imposed the lockdown on the 14th of March 2020, for the management of the health crisis caused by COVID-19.

Health professionals and those who live in nursing/elderly homes have experienced exceptionally high infection rates. On the 25th of March, the number of deaths due to COVID-19 in Spain exceeded that of China, and on the 2nd of April, 950 people died of the virus in 24 hours—at that moment this was the highest of any country in a particular day, although other Member States have since surpassed that. On the 17th of May, the daily death toll announced by the Spanish government fell below 100 for the first time, and the 1st of June was the first day without deaths by coronavirus. Little by little, the number of new cases and deaths were declining, and in this way, the state of alarm ended on the 21st of June.

On the 4th of June, the results of the Spanish nationwide seroprevalence study showed that about two million people, or 5% of the population, could have been infected during the pandemic, a figure ten times higher than the figure of confirmed cases on that date, but almost ten times lower than necessary to achieve herd immunity.

In following up on this situation, the Spanish Parliament created a national Commission for Economic and Social Reconstruction, including the assessment of the health care and public health sector, to debate proposals to accelerate the recovery of Spain after the pandemic. I have been privileged to be one of the experts invited to speak to this reconstruction commission. 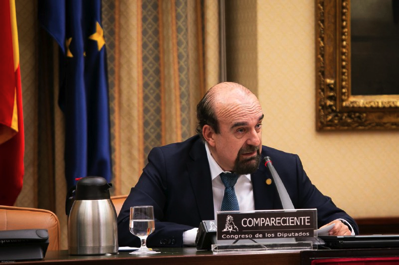 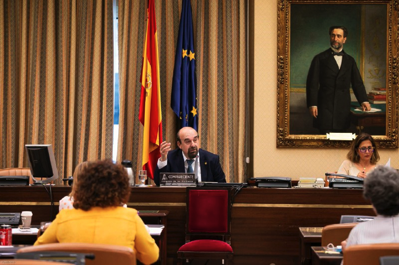 Figure: Prof Martin-Moreno advocating for the need of strengthening Public Health at the Commission for Economic and Social Reconstruction of the Spanish Parliament

Summing up my recommendations were:

In the longer term I proposed: