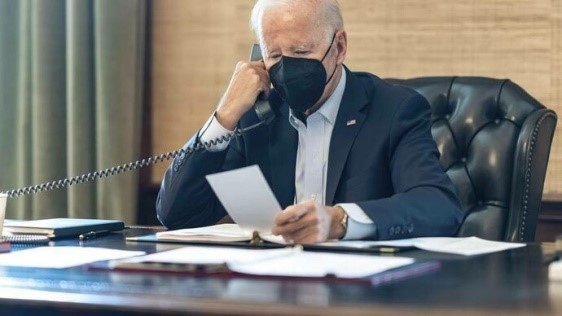 Hosted In Rennes, France  by Christian Rollet and with Sir Alexander Macara and Mike Gemell, American ASPH, 1990 I broached the subject of a Prize in public health to be given annually by ASPHER. Little did I know then that Stampar’s name would pop up and that the ANDRIJA ŠTAMPAR MEDAL would become the most important award in the field.

Stampar fully grasped the role of science as a social instrument to satisfy the needs of peoples, and deeply conscious that the bright vista surrounding the drafting of the WHO constitution, and its mood of optimistic confidence, were not without a darker side. He knew all could fail as a result of shortcomings in social-economic systems. Take note of ASPHER continuity with Jose Moreno who was in the General Assembly (Valencia 1991) where  Lennard   Kohler told me the heart and mind story implicit in the ASPHER logo.

The search for an apt inscription for the ASPHER medal ended when we, Luka Kovacic and Ulrich Laaser  chose a Stampar phrase investing in public health harvests rich rewards. Ulrich minted 10 medals, which caused me to ask him, which would we to run out of first, candidates or medals. I had collaborated with Luka from 1984 when we interacted through the   World Health Organization (WHO) and with ASPHER.

Stampar saw the WHO as an instrument making it possible for people to solve truly global problems in a spirit of true international cooperation to make the world better place to live in and in every respect healthier. Deeply troubled he pondered whether the work of public health would ever pay off at home in Yugoslavia or abroad, globally.

As Covid launched itself, I described him as a global voice of yesteryear important for tomorrow. He fought quackery, condemned governments for being in the hands of gangsters and kidnappers and likened Balkan banditry to disease seeing death from malaria as transforming fertile land into cemeteries. Coping with catastrophe has now become commonplace. Andrija Stampar was well versed in Greek philosophy.

ASPHER and each and every ASPHER has finite resources. In this world where humanity steams towards extinction disaster frequency will increase and the frugality in public health spending may have to be spread thinner. As concerns with existential issues grow no single organization, government or the international community as a whole can find the way to reduce steam to stop our runaway planet. Many use lip service. Problems become more complex, and contribute to fear and mental disturbance within the population. Today public health and disaster health management coalesce and must evolve together.

In 2012 Ban Ki’ moon Secretary-General of the United Nations visited the School of Public Health, Zagreb to remind the world of the Bear of the Balkans and many other things relating to public health, human rights, philosophy and peace. He reminded us that development depends on society’s investment in public health, which starts with basic sanitation and hygiene practices. COVID response also called upon early public health techniques.

Ban Ki’ moon also told us that without philosophy there in no international community. Solutions to one problem must be solutions for all he said as he sort the transformation from no winners to all winners.

DR MICHAEL RYAN is the most recent ASPHER Stampar medalist. He is truly global, a global citizen. According to Mary Codd he easily enters living rooms anywhere and stands in awe of no one, reflections of Stampar himself. Dr. Ryan spoke movingly about being helped up after a fall, personally or professionally, a need we all have at some point in our journey. This reminds us that Andrija Štampar might have faded from public health but for Ludwik Rajchman who with his own exile in mind, arranged work for him in China, through the League of Nations and the Rockefeller Foundation. Stampar headed east as clouds gathered over Europe and the League of Nations was heading for disaster having  run afoul of the corrupted elite in Belgrade. Let’s also not forget that an ASPHER Stampar Laureate Halfdan Mahler played a most important role in the return of China to the international community.

When this year’s Stampar Laureate said we must retain our emotions and our outrage, Stampar would have applauded. Like Stampar, Ryan sees the World Health Organization (WHO) as an instrument which makes it possible for people to solve truly global problems in a spirit of true international cooperation and make the world better place. In a recent article Reaching for a non-breachable WHO I argued that never has the need been greater for an effective and efficient coordinating role in international health crisis. We have little else!

In an uncertain staccato with dropped articles when excited and universally convincing tone, would say let’s have one boat for public health and the people. With philosophy that boat would be more seaworthy.

We suggest that an investment in the rejuvenation of classical Greek philosophy provides us with an unused steam governor for society that can place a brake on social dementia and hold back disaster. It can help remove the blind spot of denial and what has been named by a contemporary philosopher Günther Anders a doomsday blindness in a world for capital, not human beings.

In a world without philosophy ASPHER and all ASPHERs will ultimately fail as it fails to maintain its inner state while responding to unpleasant surprise. Philosophy in terms of disaster is both a mitigating agent to a world-at-risk and a means to positive change. It presents a new algorithm for problem solving in politics and an attenuating force to self-destruction. It should be promoted as an absorbing and buffering capacity through education and dissemination. Philosophy was implicit in the thinking of Peter Safer who added value to disaster management by saying we do it to make the world a better place and to give life meaning.

Our model is philosophy holding back catastrophic forces as ASPHER solemnly stands and sings on the deck of Flag-ship Earth going down. Planet Earth is becoming a super Titanic and may disappear into a black hole or vortex threatened by human indifference and ignorance. Philosophy can enable populations to come to terms better with hazards, individuals to deal with risk and authority to design better societal functions of public health and disaster management as well as implementing improved mitigating measures.

As a tribute to all ASPHER Stampar Laureates I add the wonderful letter to Stampar from  Batut on his way into exile  “I am pleased to see that there are people who do not think that the world begins (and ends) with them… I cannot comfort you… being older (86) and more experienced I can tell you that time heals wounds … I commend to your heart all the questions of public health and health promotion… you have a stretch of time in front of you and two serious tasks, to bring up your lovely children and to finish up the work you started... let them be the main content of your life”. And so it was.

77 years after Hiroshima as a reminder of horror I site the agony of an actress of incredible beauty, a national icon who was drenched by Hiroshima’s blast of nuclear light, brighter than a thousand suns. After regaining senses, her one thought was to inform the Emperor of the horror of the atomic bomb. She made it to the river, floated down it for some time and was then pulled out by soldiers. Two weeks later, in Tokyo, her skin was gone, corroded; she had no hair; nothing remained of her youth and beauty. The happiness she gave to her doting audiences was no more.