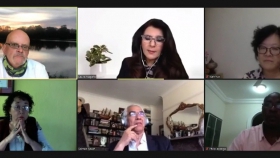 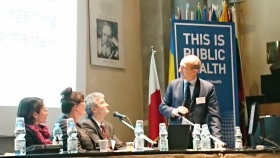 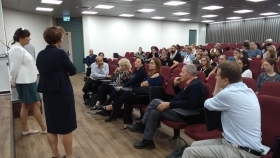 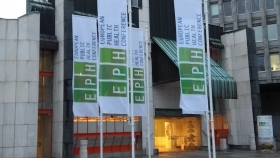 The Istanbul Convention came into force in 2014 and has proven to be one of the most important feminist achievements of the last couple of decades. The Convention aims to prevent violence against women and violence in domestic settings, to protect and support the survivors of domestic violence, and to ensure that perpetrators of different forms of violence (e.g. psychological, bodily, sexual) are persecuted. (1) To realise these aims, the Convention puts measures into place which confront gender stereotypes, challenge discriminatory practices and ensure gender equality. (1)  The Convention also specifically requires to protect the rights of victims without any discrimination on the grounds of multiple social characteristics, among others: sex, race, age, marital status, national origin, residence status, political orientation, sexual orientation or gender identity. (1) The Convention further encourages the interpretation of gender-based violence to include gay, lesbian, bisexual and transgender people (e.g. in gender-based asylum claims). (2)

In spite of its broad support, the Convention has come under attack. Poland went public with its intent to withdraw from it, (3) and similar debates have dominated the political agenda in Turkey for the last month. (4) Other countries like Ukraine and Hungary are still blocking the ratification of the treaty. (5, 6) The reasons given for the intent to withdraw (or failure to ratify) are similar: the respective governments argue that it breaks up the traditional (heterosexual) family, it requires to teach gender issues in school, it makes gender ideological, it dethrones biological sex to give space for gender, it promotes illegal migration, among others. (3-6)

ASPHER is strongly committed to the Istanbul Convention and its aims. Gender-based violence is a major public health threat worldwide.(7) The World Health Organization (WHO) reports that 15 to 71% of all women experience gender-based violence at least once in their life. (8) Due to the nature of this violation and the lack of systematic data collection systems, these rates underestimate the real burden. (8, 9) It is not a country- nor culture-specific phenomenon but affects all societies, albeit at varying rates and with different, even fatal forms of violence. (10) The harm caused is not restricted to direct effects such as physical and psychological trauma or death of the individual woman. It also negatively impacts the emotional, social and economic well-being of families, communities and societies, given that violence has lifetime, even generation-spanning, adverse effects on education, employment and health-related outcomes. The threat of removing legal gender-based protection to be safe from violence is especially alarming during the times of Covid-19. Cases of intimate partner violence, violence against children and femicide are on the increase during lockdown measures. (11, 12)

ASPHER is deeply concerned about some governments’ intent to withdraw from the Istanbul Convention. ASPHER is convinced that the Istanbul Convention is a crucial public health instrument that enables the multisectoral response needed to effectively combat gender-based violence. ASPHER calls all its member schools of public health to actively defend the Convention. Finally, ASPHER calls all governments to keep the Convention in force or implement it immediately. The protection of women and children from violence is of highest public health priority, particularly in the Covid-19 pandemic.