The Talk Public Health (TPH) Podcast is an initiative created by a team of ScHARR alumni from the Europubhealth+ programme stream. Notably, the show was conceived while all team members were Master students, and the pilot season was created prior to graduation. This student project was then able to obtain official support from ScHARR, which continues to champion TPH as another example of internet-based public health communication. Recently, the podcast has been incorporated as supplementary learning material in two ScHARR public health courses namely, “Key Issues in Global Health” and “Public Health Informatics.”

TPH is a podcast where we explore topics for persons looking to start a career in public health, make a change in their life or learn something new. Hosted by N. Charles Hamilton and Naomi Limaro Nathan, our dynamic team of young public health professionals offer fresh perspectives on topics including: neglected public health issues, global health affairs, and the latest updates in our field. We invite people to join the conversation beyond university public health courses and subscribe to our podcast - as we chart this journey in internet-based public health communication and education.

The objectives and targeted audience of our main project, the Talk Public Health podcast are to:

Some of the key objectives of the PHLOPS study are to: 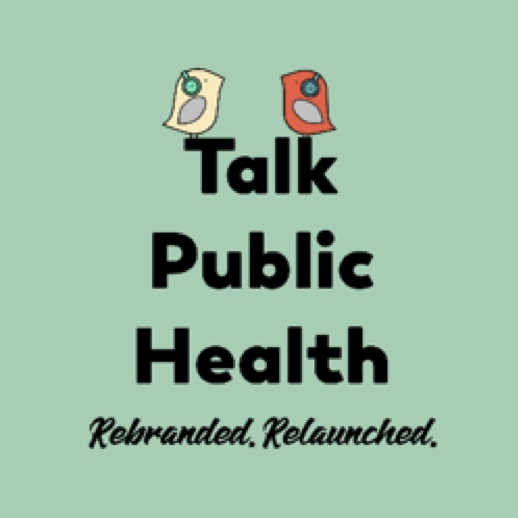 As part of the preparation for the current season of Talk Public Health, a reassessment of the online digital presence of the show was undertaken by the team, between mid-September to early November 2019. It was determined that it would be advantageous to undertake a full rebranding process. This was achieved with feedback from potential audience members (see Sept 23rd poll announcement). The new branding of the podcast was unveiled on 27th Nov 2019 - across a range of social media platforms (see handles below), namely:
Facebook/LinkedIn: Talk Public Health
Twitter: @TalkPubHealth
Instagram: @talkpublichealth_
Website: www.talkpublichealth.com 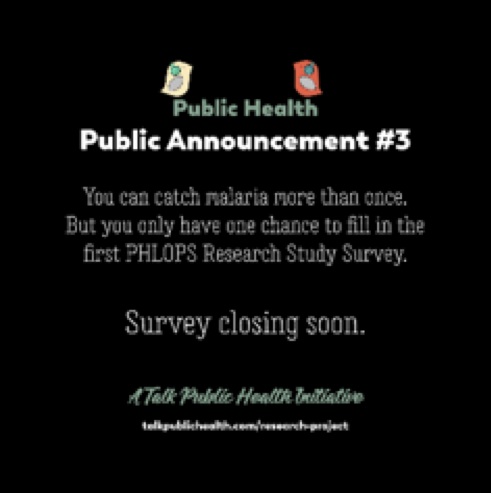 The initial activities for the PHLOPS project revolved around study design and documentation. In particular, a literature review was conducted, and a research proposal was drawn up, as well as the participation information sheet and consent form. Research ethics approval was formally obtained from the ScHARR Research Ethics Committee. The first of four waves of online surveys were drafted and piloted, and formally released with the first episode of the Talk Public Health podcast. Currently, it remains open and continues to collect participant responses.

Social media engagement has been the cornerstone of the Talk Public Health podcast, given that our activities are 100% web-based and involves engaging with audiences across Europe and the globe.

Follower growth since beginning of #TIPH campaign (Oct 7th, 2019 - date of signed contract between ASPHER and TPH Team) until date.

We are proud of this growth in our social media and podcast channels, despite this initiative being driven by a small team of three volunteers passionate about public health education and collaboration.

We have been proud to have been able to feature in our inaugural episode, a high-level interview with the Minister of Health of The Bahamas. This was a particularly high-impact episode, getting us noticed and referred to by:

We also see opportunities opening based on the diversity of our team and outputs to collaborate with university lecturers, Emerging Voices in Global Health, and multilateral agencies.

Over the past months, we have been working on two episodes that would be released in due time, they cover two relevant topics:

As a voluntary student/alumni-run project, we have encountered a number of foreseen and unforeseen challenges and opportunities in our journey so far, but we tried to keep the momentum, driving this initiative.