ASPHER Winter 2020 Message from the President 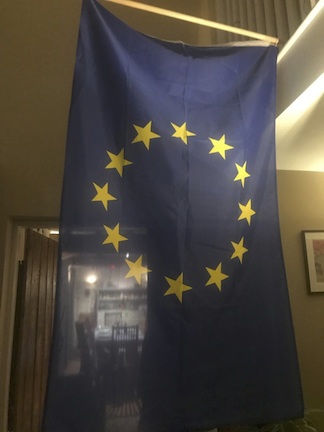 Since I last wrote for the ASPHER newsletter, The Four Horsemen of the Apocalypse have arrived big time – conquest, war, famine and death. Coronavirus, plagues of locusts, fire and flood, war, in its age-old forms continues, and conquest takes on newer subtler disguises. There has never been a more important or more difficult time to work in public health. Many have heard me say this, most recently in Porto.

ASPHER will continue to argue for the re-establishment of effective public health systems, for the control of communicable disease; pandemics are the most extreme concern, but not the daily concern. We greatly value our partnerships with WHO, ECDC, and other national and international bodies working tirelessly on coronavirus at present, and particularly in our work developing capacity and training. The public health community, however, appears to be uninvolved in the new disaster of the desert locust plague. This now affecting East Africa, the Horn of Africa, extending through Yemen and as far as Pakistan. It is undoubtedly linked to global climate breakdown. A new wave of the plague is anticipated in April and our responses have been weak. I shall be pleased to hear from anyone connected with the problem- directly as public health agencies or working with the UN Food and Agriculture Organization trying to tackle the red horse, Famine, later in the year.

We find the public health community ill-equipped and poorly connected for the new challenges of ‘ISIS, crop failure and no antibiotics’; we need to grow our partnerships with international lawyers, political scientists, climate scientists and ecologists. To those new challenges we now operate in the era of surveillance capitalism, fake news and disinformation. We live increasingly in political systems with little respect for expertise, willing to destroy scientific capacity, ignore expert advice and promote disinformation. The ‘merchants of doubt’ have infiltrated all political systems and all aspects of policy making. The white horse, Conquest has taken on a new guise – a cadre of elite, super-rich, world leaders who see ignorance and partial information as virtues, suiting their control of power and misuse of wealth. And, as in the Australian fires, the UK floods, and in China in the early stages of coronavirus, these leaders show themselves to be rabbits in the headlights, incompetent and indecisive where lives and livelihoods matter.

Public health systems are being depleted; prominent public health figures removed silenced, or ignored. Dr Li Wenliang, is only the most prominent of Chinese whistle blowers who first expressed concern about the new COVID19 to have been killed by the virus or to have disappeared. It is timely that our intrepid Talkpublichealth team chose the theme of whistleblowing for the public good for their recent podcast. Well done Charles Hamilton and Naomi Nathan.

Public and environmental protections gained through regulation are under attack. Human health and planetary health will be the losers. Part of the global attack on regulation has taken off now with the United Kingdom’s tragic departure from the European Union. New trade negotiations are a threat to health in the UK and elsewhere in Europe. I was pleased to attend the launch of ASPHER member Chester University’s PETRA project at the House of Lords on February 18th. Preventing disease through trade agreements is the first funded UK project to address some of the concerns about deregulation and seeking to maintain hard won health protections in future trade agreements.

Boris Johnson’s Conservative Party won a landslide victory in the UK election under the slogan of ‘Getting Brexit Done’. My commentary on this has appeared in the ASPHER blog and BMJ Opinion. Martin McKee has demonstrated just how far the British Government is from ‘getting Brexit done’. We should all be extremely concerned at the rise of political posturing and appeal to popular and superficial solutions to our problems and the blaming others for our misconceptions and misjudgements. Trade negotiations will be protracted and a catastrophic no deal is still very possible. The UK also continues to create a hostile environment on immigration, indifferent to the loss of EU expertise in science from the UK.

Meanwhile ASPHER has welcomed the new EU President Ursula Van Der Leyen with her huge ambitions for the public and the planet’s health. I have also written on this for BMJ opinion, pointing out the many health benefits the UK will miss out on. We also welcome Health Commissioner Stella Kyriakides and Innovation and Young People’s Commissioner, Mariya Gabriel. Mariya has kindly agreed to be a speaker and patron of ASPHER’s meeting in Sofia in June.

Since our last newsletter, we have completed an ASPHER-PEER review with Lisbon NOVA University and submitted a major bid to the Erasmus plus programme. Planning is at an advanced stage for our Deans’ & Directors’ Retreat in Sofia in June, and we are contributing to the World Congress in Rome in October. Do join us. I am extremely grateful to Robert Otok and Lore Leighton, the ASPHER Secretariat for their tireless efforts, helping me and the ASPHER Executive Board. I would also like to express my thanks to Julien Goodman for his support as we move APHEA to a new level of activity and influence; a short report on APHEA’s work is included in this newsletter.

We have also launched the new ASPHER 2025 strategy consultation; we strongly urge you to respond. Give us your thoughts on how ASPHER can support you in the era of populism and planetary breakdown. We must keep our nerve and our professionalism, our expertise, our courage, and our humanity.