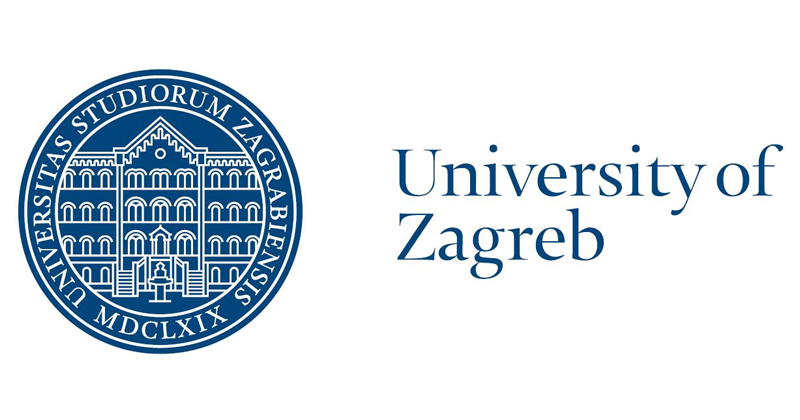 CONTACT:
info@snz.hr
00 385 1 4590 100
http://mef.unizg.hr/en/about-us/organisation/school-of-public-health-andrija-stampar
Andrija Ĺ tampar The School of Public Health was founded in 1927 and today is a scientific and educa‐ tional branch of the ZSM which organizes, implements and promotes the teaching of undergraduate and graduate university studies of medicine and nursing and postgraduate studies. The school conducts re‐ search and professional work, and various forms of professional and scientific training of employees in sci‐ ence, health and other institutions, primarily in the field of public health. The mission of the Andrija Ĺ tampar School of Public Health is to develop top experts, methods and standards in the field of public health, with the aim of raising the level of health of the population by means of scientific research and professional activity, graduate and postgraduate training and continuous educa‐ tion programs. The school scientifically and professionally supports the planning, development and evalua‐ tion of public health programs and policies in the governmental and non‐governmental sector. Internation‐ al cooperation is was deeply embedded in the Andrija Ĺ tampar School of Public Health since its founding. For years, the school has organized international programs of planning and management in health care in developing countries, and now runs international programs of education and research in their area of work. After the death of its founder dr. Andrija Ĺ tampar, the school took over his name. Ĺ tampar is one of the founders of the World Health Organization and an internationally recognized leader in the field of social medicine and public health. His principles, written back in 1926, are still valid and accepted in the interna‐ tional community.

The school has a special influence in the regional environment as the first and for a long time the only public health facility in the South East Europe, but also in the ASPHER network (Association of Schools of Public Health in Europe). ASPHER was founded almost half a century ago, and the school is one of the founders of this association or the Department of Public Health of the European Region of the World 26 Health Organization. The first assembly of ASPHER was held in 1968 just in the School of Public Health in Zagreb. Since 1993, ASPHER has been awarding annually the medal with the name and image of Andrija Ĺ tampar, prominent to individuals of his merit in the field of public health. The school is an active member of the European Association and in 2002 hosted the conference and the most important annual meeting ASPHER Deans & Directors’ Retreat and Assembly in 2014. At the School of Public Health there are several collaborating centers of the World Health Organiza‐ tion (WHO Collaborating Center). This title is awarded to the department of individual institutions in recog‐ nition of the active cooperation on programs as an additional contribution to its international recognition. Their status must be justified and confirmed every four years. These are:

WHO Collaborating Center for Capacity Building in HIV/AIDS Surveillance – The Surveillance Center for HIV/AIDS was founded in 2003 jointly by the School of Public Health, the WHO and the German Agency for bilateral cooperation GTU (Deutsche Gesellschaft fĂźr Technische Zusam‐ menarbeit) ‐ The main objective of the Center was to increase the capacity to produce population and clini‐ cal studies in order to obtain quality data on the movement of the HIV epidemic, especially in areas where a high infection rate is registered. In 2008, the center was named the WHO Collaborative Center for Capacity Building for Monitoring the HIV/AIDS Epidemic, and its status was extended in 2012.
WHO Collaborating Center for Occupational Health – The center for promotion of health at work acquired the status of a collaborative center of the World Health Organization in 2006 and this status was extended. An important organizational unit of the Andrija Ĺ tampar School of Public Health is the Department for Educational Technology.
The Department for Educational Technology was founded in 1986 on the experi‐ ences of a collaborative project of the Republic of Croatia and the Japan International Cooperation Agency (JICA) under the title “Continuous training for primary health care with the help of computer and video technology”. The Department is a specialized unit within the ZSM with the aim of developing, improving and constant monitoring of teaching technologies in the field of health and medicine. The teaching tech‐ nology does not mean only the technique but also how to use the techniques, i.e. it is about educational technology that is based on the innovative approaches in education up to the evaluation of the application of new educational strategies and methods. The tasks of the Department are: (a) monitoring the develop‐ ment of educational technology in the world and in our country, and the transfer of technology and evalua‐ tion, (b) the implementation of continuing education and support teaching, (c) technical support of the teaching process, especially the creation of audio‐visual teaching materials, (d) the dissemination of scien‐ tific information and health education and (e) scientific research (basic, developmental and applied) in the field of education, medical decision‐making, expert systems, and educational psychology. The Department has encouraged the establishment of the Croatian Society for Medical Education, with whose aid the teacher‐training course “The Art of Medical Education” has been continuously running, as well as shorter teacher‐training which have been running since 2000.

The employees of the Andrija Ĺ tampar School of Public Health are also active in the development of healthcare system reforms in Central and South‐East Europe. One of the results of these activities is the analysis of the positive and negative experiences of numerous healthcare system reforms in that part of Europe over the last twenty years, with the goal of defining possible further research and changes. The results have been published in the “Health Reforms in South‐East Europe” in the cooperation of the School, the European Observatory on Health Systems and Policies and the LSEE‐ LSE Research on South Eastern Europe, in 2012.

Andrija Ĺ tampar Library is located in the building of the Andrija Ĺ tampar School of Public Health in Rocke‐ fellerova 4. It is open to all users, regardless of their status. The library performs the function of the library of the Croatian Institute for Public Health. The library space consists of a computer reading room with 20 computers and two student labs of which one is intended for group seminars with the possibility of using additional computers. The library is connected to the integrated system Aleph used by most university libraries of the Uni‐ versity of Zagreb. Through the system Aleph the library functions of the library take place, and the system provides access to the online library catalog. Users have the ability to use computers in the library over whose IP addresses they have secured access to all relevant databases and journals in the field of biomedi‐ cine and health, which is funded by the Ministry of Science, Education and Sports. Access to the databases is also given through the identity AAI@EduHr. The library is the Documentary Center of the World Health Organization for the Republic of Croatia, and in 1993 became their depository library. The detailed description of the library services is outlined in chapter 7i.
ASPHER DIRECTORY