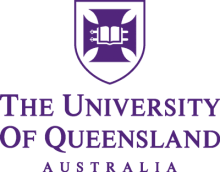 CONTACT:
c.gilks@uq.edu.au
www.public-health.uq.edu.au
We aim to be a global leader in improving the health of populations in a changing and inequitable world. We are ranked 1st in Asia Pacific and 18th in the world for Public Health and our research impacts the world's most pressing population and public health challenges.

Mission
We aim to be a global leader in improving the health of populations in a changing and inequitable world.

Reputation
Established in 2001, our School engages in research that is focused on making a real impact on some of the world's most pressing population and public health challenges. Over the past decade we have established a reputation for research that is comprehensive and influential.

We are ranked 1st in Asia Pacific for Public Health by the Shanghai Academic Rankings of World Universities for 2018.

Measures of excellence
Recent benchmarking by the Australian Research Council ranked our health research as amongst the world's best.

We have two highly cited researchers Professor Elizabeth Eakin and Associate Professor Genevieve Healy. They were both recognised in the last two years, 2016 and 2017, as part of the prestigious Thomson Reuters Highly Cited Researchers List. This annual list honours researchers who have assisted, inspired or challenged their peers and are cited 99% more often than other researchers in their area and represents some of the world’s most influential scientific minds across the globe.

In addition, achievements each year include:

win around $13 million annual income for research, consulting and Australian Aid initiatives
partner with the Queensland Government, the Commonwealth Department of Health, the Department of Foreign Affairs and Trade and QIMR Berghofer Medical Research Institute
collaborate with international organisations such as the Swiss Tropical and Public Health Institute, the World Health Organization, UNICEF and several ministries of health, particularly in South East Asia.

Our school's flagship Master of Public Health (MPH) program is the first in Asia Pacific to achieve Curriculum Validation from the Agency for Public Health Education Accreditation (APHEA). This is one of the leading accrediting bodies for MPH programs in the world. This validation confirms the curriculum adheres to European standards for a modern comprehensive degree and contains the basic structure and core content expected from a Master of Public Health program.
ASPHER DIRECTORY