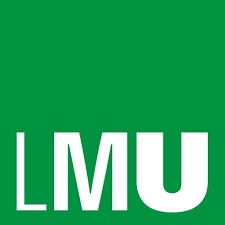 CONTACT:
https://www.ibe.med.uni-muenchen.de/studium_lehre/pettenkofer/index.html
The Pettenkofer School of Public Health Munich (PSPH LMU) bundles public health activities in Munich. The PSPH LMU is funded by the Medical Faculty of the LMU as well as by the two cooperation partners, the Helmholtz Center Munich and the State Office for Health and Food Safety.

Your task is to promote interdisciplinary research, cooperation and training. It is also intended to strengthen the networking of interested institutions and partners, coordinate the external image and promote scientific contacts.

Growing challenges in the design of the healthcare system require increased networking in order to further improve health research and promotion as well as public health in the fields of medicine and health as well as in the development and transfer of new scientific methods into practice. to reach.

The Pettenkofer School of Public Health Munich (PSPH LMU) is committed to the medical orientation of public health with its anchoring in the medical faculty. It will make a significant contribution to the transfer of new concepts of prevention and treatment strategies to the general population. To date, it has integrated two master's programs and the interdisciplinary research focus on the Munich Center for Health Sciences, which was founded as part of the LMUinnovativ program. This connects other faculties to the PSPH LMU : business administration, economics, social sciences, mathematics, statistics, computer science.

The namesake Max v. Pettenkofer (1818-1901) saw health not only as a medical problem, but above all as a social, economic, technical and epidemiological problem. With his achievements, he founded scientific hygiene and put questions about the health of the population in a scientific context. He can thus be seen as one (or the) founder of the field of "Public Health", which is driven by science. In 1847 Pettenkofer was appointed professor of medical chemistry at the Ludwig Maximilians University in Munich, where he became rector in 1865. In the same year, also in Munich, he became the first German professor of hygiene and built the first hygiene institute there from 1876 to 1879. Max v. Pettenkofer is therefore a role model for an initiative
ASPHER DIRECTORY