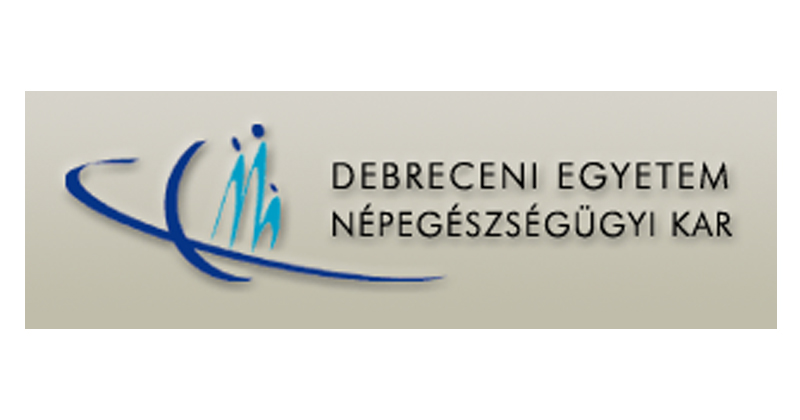 CONTACT:
info@sph.unideb.hu
00 36 52 417 267
http://www.nk.unideb.hu
The University of Debrecen Public Health Hungary is the only one of the most important public health education, vocational and further education, research and expert activities in Central Europe. Our goal is to continue our activities at such a high standard that we stand up to the challenge of not only domestic but also international higher education institutions. We strive to give useful and important knowledge and skills to new and future generations of students, preparing them for the job market.

History
According to the Government's decision, Kara, the first public health profile of Hungary to date, was established on December 1, 2005 at the University of Debrecen (Government Decree No. 251/2005). The creation of the Faculty was preceded by a decade of conscious development work. In 1996, a sub-program was launched under the Hungarian Government and the World Bank program, which aims to ensure the euro-formality of Hungarian public health education in order to improve the health of the population. In 1997, one of the predecessors of the University of Debrecen, the Medical University of Debrecen, was established. Behind the educational development activities of the Public Health School, there are many nationally and internationally recognized professionals. Within the framework of the School, five specialization courses were developed, accredited and launched in a short time. Since 1996, education in public health and environmental health, and since 1998, education in health quality assurance and development has also started. The trainings were built on the DOTE training base, but many of the country's renowned professors and teachers of outstanding international public health education were also involved in the training. Since May 2000, the Hungarian Accreditation Committee has authorized the launch of epidemiology and health promotion programs. It was a decisive event in the process of turning into a career that Professor RĂłza ĂdĂĄny, the then Director of the Public Health School, In 2001 he was elected President of the Association of School of Public Health in the European Region (ASPHER). In the course of becoming a Career, close co-operation was established with several faculties of the University of Debrecen, and as a result, the Faculty of Public Health was established on 1 December 2005 with the association of the Public Health School, the Preventive Medical Institute of the Faculty of Medicine and the Institute of Family Medicine and Behavioral Sciences.

In the past decade, the Faculty of Bologna has established basic and master's degree programs in the field of postgraduate specialization courses developed under the Public Health School program, as well as specialist and doctoral training, so today the Faculty of Public Health offers the full spectrum of public health education. Currently there are three basic education, five master's and six specialization courses in health science education. We consider the introduction of English-language trainings at our Faculty as a major step forward, and these trainings are successful both at the Master and Master level. The fact that in 2015 we passed the public health education diploma for the seventeenth time already clearly indicates the success and success of the Faculty's educational development work.

Within the framework of the Faculty, there is the Doctoral School of Health Sciences (year of its establishment: 2001), which plays an important role in the education of public health professionals with a scientific degree and in the education of instructors. The success of the work at the Doctoral School is proved by the fact that in 2015 the Hungarian Accreditation Committee extended the accreditation of the School until 31 December 2019.

In addition to the educational development activities of our faculty, we are proud of the results of public health research, which led to the establishment of the publicly sponsored Public Health Research Group of the Hungarian Academy of Sciences on 1 January 2007, the internationally recognized workshop of public health research. As a result of the successful application submitted by the Research Group in 2011, it received repeated support for the period from 1 January 2012 to 30 June 2017. As a result of another successful application, the Research Group will be operational until 30 June 2021.
The National Association of Public Health Training and Research Centers was established on 23 May 2008 with the participation of the staff of the Faculty, with the assistance of 23 member institutions, which is a professional association of Hungarian public health educators and researchers who consider the task of decision-making, decision-making, decision-making and decision making in health policy. support for validation through training, research and independent expertise. The Association now has more than 30 member institutions. The tenth, jubilee conference was hosted by the Faculty of Public Health at the University of Debrecen in 2016.

The international recognition of scientific work at the Faculty's Preventive Medical Institute indicates that the Institute was named the Center for Social Vulnerability and Health in February 2012 by the World Health Organization .

Successful educational and research work is based on struggling but at the same time very successful years. Special thanks go to the leadership of the University of Debrecen and the Center for Medical and Health Sciences for the uninterrupted support given to the leadership of the Faculty for more than ten years as a result of which the Faculty has a unique public health education and further education in Hungary. became a center.

Mission
The National Center for Public Health at the University of Debrecen, as the national center for public health training organized and operated on a national training base, considers it a fundamental task to contribute to improving the health of the population. The Faculty intends to do this by providing the full spectrum of training in an internationally recognized field of public health, adapted to the training needs of public health and healthcare institutions; it carries out public health research and expert activities within a wide range of domestic and international cooperation. The Faculty's teaching work is organized and conducted in accordance with the professional guidelines of the European Association of Public Health Schools (ASPHER).
ASPHER DIRECTORY